The U.S. House of Representatives cleared a measure Wednesday designating June 19 as “Juneteenth National Independence Day,” and President Biden signed the bill Thursday afternoon. The holiday celebrates the end of slavery after the Civil War and could have personnel implications for city governments.

The House approved the legislation 415-14 a day after the Senate passed S. 475 by unanimous consent. The US Office of Personnel Management announced that most federal employees will observe the holiday on Friday, June 18, since Juneteenth falls on a Saturday this year.

Kentucky recognizes the date as “Juneteenth National Freedom Day” and encourages all Kentuckians to honor and reflect on the significant roles that African Americans have played in the history of the United States. The state does not currently provide a paid day off for the holiday. Only New York, Texas, Virginia, and Washington have previously designated the day as a paid holiday for state employees.

Legislative leaders indicated last year that they supported legislation making Juneteenth a state holiday, but no legislator filed a bill during the 2021 session. “We were working on so many big issues, it probably slipped through the cracks, but I apologize for that,” said Senate President Robert Stivers (R-Manchester).

Governor Andy Beshear also supports making Juneteenth a state holiday. “It is one that truly recognizes our past for what it is, and also I hope makes us reflect – like many of our holidays do – on being better,” he said.

The federal act does not mean that Kentucky cities must provide a paid day off for their employees. Cities can designate their own holidays within their personnel policies. A few Kentucky cities have already established Juneteenth as a paid holiday.

Juneteenth dates to June 19, 1865, when Union forces arrived in Galveston, Texas, to announce the end of the Civil War – two months after General Lee surrendered – and liberate slaves. A year later, freedmen in Texas organized the first of what became the annual celebration of “Jubilee Day” on June 19.

In the ensuing decades, Juneteenth commemorations featured music, barbecues, prayer services, and other activities. As Black people migrated from Texas to other parts of the country, the Juneteenth tradition spread. The Kentucky legislature officially recognized Juneteenth in 2005. 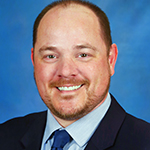