On June 15, 2020, the Supreme Court held 6-3 that “[a]n employer who fires an individual merely for being gay or transgender defies the law,” violating Title VII of the federal Civil Rights Act. Bostock v. Clayton County, Georgia, 590 U.S. ___, 33 (2020). The holding, authored by Justice Gorsuch, is the result of consolidated cases out of the Second, Sixth and Eleventh Circuit Courts that asked whether Title VII prohibitions against sex discrimination applies more broadly to also prohibit discrimination based on sexual orientation or gender. In the ruling, the Supreme Court settles the disagreement among the federal circuit courts “over the scope of Title VII’s protections for homosexual and transgender persons.” Id at 4.

In summarizing the cases, the Court states:

Few facts are needed to appreciate the legal question we face. Each of these three cases before us started the same way: An employer fired a long-time employee shortly after the employee revealed that he or she is homosexual or transgender—and allegedly for no reason other than the employee’s homosexuality or transgender status….

With this in mind, our task is clear. We must determine the ordinary public meaning of Title VII’s command that it is “unlawful…for an employer to fail or refuse to hire or to discharge any individual with respect to his compensation, terms, conditions, or privileges of employment, because of such individual’s race, color, religion, sex, or national origin.”

Id at 2 and 4. Focusing on the “because of sex” language used in the statute, the court concludes this is a traditional but-for causation standard and “means a[n employer] cannot avoid liability just by citing some other factor that contributed to its challenged employment decision.” Id at 6. This means “[a]n employer violates Title VII when it intentionally fires an individual employee based in part on sex.” Id at 9. “[P]ut differently, if changing the employee’s sex would have yielded a different choice by the employer—a statutory violation has occurred.” Id.

In analyzing the meaning of sex under Title VII, the Supreme Court states:

Consider, for example, an employer with two employees, both of whom are attracted to men. The two individuals are, to the employer’s mind, materially identical in all respects, except that one is a man and the other a woman. If the employer fires the male employee for no reason other than the fact he is attracted to men, the employer discriminates against him for traits or actions it tolerates in his female colleague. Put differently, the employer intentionally singles out an employee to fire based in part on the employee’s sex, and the affected employee’s sex is a but-for cause of his discharge….

[H]omosexuality or transgender status are inextricably bound up with sex. Not because homosexuality or transgender status are related to sex in some vague sense or because discrimination on these bases has some disparate impact on one sex or another, but because to discriminate on these grounds requires an employer to intentionally treat individual employees differently because of their sex.

The ruling is in line with recent Equal Employment Opportunity Commission decisions that applied prohibitions against sex discriminations to sexual orientation and gender. The ruling also makes it clear to employers that if race, color, religion, sex, or national origin factor in to an employment decision in any way, Title VII of the Civil Rights Act is implicated and the employer faces liability. 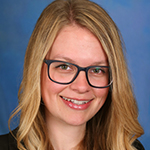