Kentuckians Relish the Sport of Pickleball

Pickleball is one of Kentucky’s Fastest Growing Recreational Activities

In a pickle about adding cost-effective additions to your city’s recreational options? Pickleball is one of North America’s fastest-growing sports and is expanding in Kentucky, too, with both public and private recreational courts in cities of all sizes.

The sport is exploding, but it has been around since the 1960s. Three dads from Bainbridge Island, Washington, created pickleball in 1965 to keep their kids entertained. Joel Pritchard, Bill Bell, and Barney McCallum used sporting equipment and materials they found lying around the house and created a combination of table tennis, tennis, and badminton rules with some of their own rules. In 2005, the USA Pickleball Association (USAPA) was established, and three years later, the USAPA Rules Committee published an official rulebook.

Pickleball has an estimated participation of more than 3.3 million people. For years, the sport’s target audience was baby boomers because it was a kinder, gentler way to exercise. The courts are smaller than tennis courts, and the game was created to be played in doubles. While pickleball is not as intense as tennis, step counts can vary between 4,000 and 7,000, and players can burn between 500 and 700 calories during a three-set game, depending on play style and intensity.

The sport has players of all ages and is very competitive. It has a thriving professional league with tournaments, highly paid players, and celebrity sponsors. Tom Brady and LeBron James are team owners, and tournaments have corporate sponsors, including companies like Chase, Sketchers, Zillow, and Hertz.

There are public and private courts across Kentucky. Dozens of cities are refitting existing tennis courts and indoor spaces for pickleball.

Enthusiasts approached Beaver Dam city officials about four years ago to convert seldom-used tennis courts for pickleball. Officials worked with local players to do simple conversions and recently used about $80,000 in APRA funds to resurface the space into six pickleball courts with lighting. The pickleball complex had a grand opening in August 2022 and is located in an existing park with other amenities like baseball fields and basketball courts.

Beaver Dam Mayor Paul Sandefur said the courts have a unique design with alleyways and fencing between each court. “We’ve had people from all over Kentucky and even Florida come to see our courts,” he said. Visit the Facebook pages of the City of Beaver Dam and the Ohio County Pickleball Club to see the design.

Up to four pickleball courts can fit into a converted tennis court. An official court is 20 feet wide by 44 feet long. If constructing a court, you’ll want to leave room on the sides and ends for running off the court after playing a ball, so the recommended playing area is 34 by 64 feet. If converting tennis courts, four pickleball courts can fit in the same area at dimensions of 30 feet by 60 feet.

The costs of pickleball court construction vary widely depending on your vision. The City of Beaver Dam has a good public-private relationship with the local pickleball club.

“We keep up the courts, have donated some old bleachers, and they do a lot, too,” said Mayor Sandefur. Like other sports, pickleball and tournaments can draw tourism and economic development. “The president of our local club is in his early 30s, so it’s not just for older people,” Mayor Sandefur stated. “We see people coming to town to play on weekends, meeting up for dinner, and enjoying the city.” The mayor said the city is planning its first pickleball tournament in 2023.

Private investors in Louisville are building a new pickleball and “eatertainment” venue in the city’s Waterfront Park. The concept repurposes an existing 2,600-square-foot building and will feature several outdoor pickleball courts, indoor and outdoor bars, dining options, and a game yard. The city expects to open the venue in early 2023.

Pickleball may be an affordable consideration for cities looking to add recreational options that appeal to a wide audience. It is a social sport that is easy to learn and brings together people of all ages, from children to seniors.

Finally, are you curious about the name? Legend has it that pickleball was named after inventor Joel Pritchard’s cocker spaniel, Pickle, who enjoyed chasing the ball. Even if it’s not true, it makes for a good story.

For more information, visit the Kentucky Pickleball Association’s Facebook page. It features links to pickleball facilities, tournament information, and the latest news on what’s happening with the sport throughout the commonwealth. 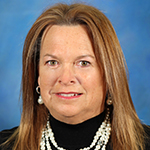