Is Your Committee Complying with the Open Meetings Act?

The Open Meetings Act establishes a right of access to public meetings. The General Assembly recognized that the formation of public policy is public business and should not be conducted in secret.

The Act requires all meetings of “public agencies” be open to the public when:

The entire legislative body is a “public agency” subject to the statutory requirements of the Act. The definition of public agency found in KRS 61.805 also includes “any body created by or pursuant to state or local statute, executive order, ordinance, resolution, or other legislative act in the legislative or executive branch of government;” and “any board, commission, committee, subcommittee, ad hoc committee, advisory committee, council, or agency” established and controlled by a public agency.

It is common practice for cities to formally establish smaller groups (committees, subcommittees, advisory boards, etc.) to discuss legislative items more in-depth. These smaller groups are independent “public agencies” for the purposes of the Open Meetings Act. Therefore, the number of committee members needed to create a quorum may differ from the number needed to constitute a quorum of the legislative body.

It is important to note that the members of the committee, board, commission, etc., do not have to be legislative body members, nor do they have to have the authority to take final action for the Open Meetings Act to apply.

Cities may be inadvertently violating the Open Meetings Act by creating formal committees or advisory groups that do not follow the Act’s requirements. The KLC Municipal Law Department staff urges you to work with your city attorney to determine if your committees are compliant. Contact the Municipal Law Department with questions concerning the Open Meetings Act. 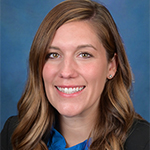